Here at Orenco Originals we've been working hard converting many of our paper charts to digital format so you can purchase and download them instantly.  We now have a total of 176 PDF digital patterns available in Our Store,  including 17 Halloween themed digital patterns that you can start stitching immediately.   You'll be able to print them from your computer or work directly from your tablet or iPad so you can zoom in on the details.

Please let us know if there are any charts that you'd like to purchase in digital format that we haven't already converted, and we'll add it as soon as we can!

In appreciation of your business, we'd like to offer you this exclusive Buy-One, Get-One Free

Offer on our digital charts.  At checkout, use the code "Digital-BOGO" to get your discount.

Talwin Morris (1865-1911) was an important designer of the Glasgow Style, a movement lasting about 30 years, between the end of the nineteenth and the beginning of the twentieth century. He was born in 1865 in Winchester, England, and apprenticed as an architect.  He then became an art editor for a magazine before moving to Glasgow in 1893, where he became the Art Director for the publisher Blackie & Son.  As of 1898, he was also designing books for Blackie & Son’s subsidiary, Gresham Publishing.

Morris worked as a book designer during a very dynamic period of book design.  Modern developments in bookbinding technology permitted increasingly elaborate and colorful designs, and Morris took advantage of the possibilities as they developed. His later designs incorporated different colors and bolder shapes, reflecting the technological improvements in the binding craft.

While in Glasgow, Morris befriended Scottish Art Nouveau artist and architect Charles Rennie Mackintosh, as well as many other Glasgow Style artists.  Morris introduced Mackintosh to Walter Blackie and championed his work.  One of Mackintosh’s better-known buildings, Hill House, which he designed for Blackie, shows a large Talwin Morris influence.  Morris also commissioned book designs from Mackintosh and from several other artists in the Glasgow Style circle. His designs also reflected many of the stylistic forms and symbols found in the others’ works.  Those forms draw on natural shapes such as roses, stems and feathers, but Morris also used linear and architectural motifs in his designs.

Morris worked as a book designer from 1893 to 1911, the year of his death. We are proud to feature 7 Counted Cross Stitch patterns inspired by the art of Talwin Morris. 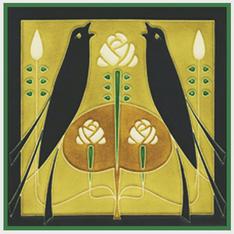 Camille Doncieux Monet, 1847 – 1879, was the first wife of French painter Claude Monet, and mother to his two sons.

While in her teens, Doncieux began work as a model. She met Monet, seven years her senior, in 1865 and became his model posing for numerous paintings.  She also modeled for Renoir and Manet.

Before they married, she was Monet's mistress, living in poverty with him at the beginning of his career.  Monet's family did not approve of the relationship with Camille, and during Camille's pregnancy with their first son, Monet left her in Paris and stayed at his aunt's country estate to protect the monthly stipend that he received from the family and give his family the impression that he was no longer in a relationship with Camille.  She was left behind in Paris without funds for her care.

In Paris on 8 August 1867, Camille Doncieux gave birth to Jean, her first son with Monet.  Claude returned to Paris for the birth and stayed for several days afterwards before returning to his father and aunt in Sainte-Adresse.  He returned to Paris at the end of the year for the holidays and stayed in the cold, single room apartment that Camille shared with her child.  In 1868 Monet came to live with Camille and Jean in Paris, hiding the fact from his father and aunt.

To escape creditors, the young family moved to Gloton, a small scenic village near Bennecourt, France.  They were thrown out of the inn where they were staying for non-payment.  Camille and Jean were able to stay with someone in the country, while Monet tried to obtain work for survival.

Camille and Monet married on 28 June 1870 in the 8th Arrondissement of Paris in a civil ceremony.  Painter Gustave Courbet was a witness.  Although Monet's father was not present because he did not approve of the marriage, Camille's parents attended.  The couple took their son with them on their honeymoon to Trouville-sur-Mer and stayed at the Hotel Trivoli.  By early 1871 the couple was living in England, at Bath Place, now known as Kensington High Street.  It was here that Monet made the only painting of Camille that he made in London.  Entitled 'Repose', she sat in a chaise lounge with a book on her lap.

They moved into a house in Argenteuil near the Seine River in December 1871, where the Monet's became friends with Art Collector Ernest Hoschede and his wife Alice.  Hoschede became a patron of Monet's, commissioning panels for their country estate.  Hoschede wound up going broke due to his elaborate lifestyle, declared bankruptcy, sold off all of his collected art work, and effectively abandoned his family.  The Monet family moved in with the Hoschede family for a time, and Monet stepped in as a surrogate father to Alice's 6 children.  It is believed that there was some hanky-panky going on between Monet and Alice at this time.

Monet and Camille had a second son, Michel, on March 17, 1878, which weakened her already fading health.  She had first become ill in 1876.  At the age of thirty-two,  Madame Monet died on 5 September 1879 of tuberculosis;  Monet painted her on her death bed, and mourned her death for a long while afterward.

Little else is known about Camille Doncieux Monet, mainly because Alice, whom Monet eventually married  after her husband Ernest died,  was so jealous of Monet's love for Camille that she demanded that Monet destroy all mementos – letters, photos, and even paintings featuring Camille – anything – that attested to Camille’s very existence.  We do know that she enjoyed embroidery and needlework, as documented in Monet's paintings "Camille and Jean in the Garden in Argenteuil" and "Camille Embroidering",  both available in our store. 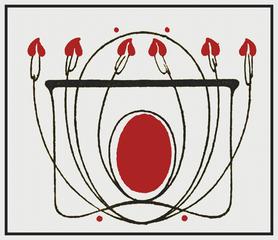 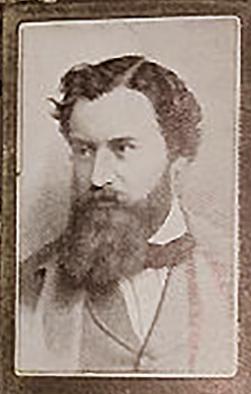